Chris Arthur, Hegel’s Master-Slave Dialectic and a Myth of Marxology 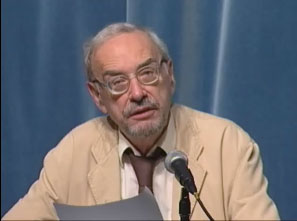 Hegel’s Master-Slave Dialectic and a Myth of Marxology

Thanks are due to Jonathan Rée and to Joe McCarney.

GLOBALISATION: A SYSTEMATIC MARXIAN ACCOUNT
After completing Technology and Capital I immersed myself in the literature on globalization and global justice.  After a year of research undertaken while visiting the economics department of the University of Amsterdam in 1999-2000, I began writing the book eventually published in 2005, Globalisation: A Systematic Marxian Account.
In Part One I attempt a systematic reconstruction of the main positions in the globalization debate, taking Hegel’s dialectical ordering of positions in The Phenomenology of Spirit as a rough guide.  I distinguish four models of globalization: the social state model, the neoliberal model, the catalytic state model, and the democratic cosmopolitan model.  I argue that each necessarily tends to function in a manner contradicting essential normative claims made by its leading advocates (John Rawls , Friedrich Hayek , John Gray , and David Held , respectively).  In Hegelian jargon, this ‘immanent contradiction’ justifies a ‘determinate negation’, that is, a transition to the next model, in which the shortcomings besetting the previous framework are explicitly addressed.  I claim that the immanent contradictions afflicting the democratic cosmopolitan position justify a transition to a Marxian model of capitalist globalisation, where the irresolvable contradictions and social antagonisms of the contemporary global order are explicitly recognised.  The first three chapters of Part Two are devoted to an examination of this Marxian model of capitalist globalisation.  The final chapter develops an alternative socialist model of globalization, based upon the model of economic democracy developed in David Schweickart’s important books Against Capitalism and Beyond Capitalism.
Unfortunately, the price of the book has pretty much limited its purchasers to libraries.  Anyone interested in checking it out without spending a small fortune can do so here.
Table of Contents and Preface:
Introduction:
Chapter 1: THE SOCIAL STATE MODEL OF GLOBALISATION:
Chapter 2: THE NEOLIBERAL MODEL OF GLOBALISATION:
Chapter 3: THE CATALYTIC STATE MODEL OF GLOBALISATION:
Chapter 4: THE DEMOCRATIC COSMOPOLITAN MODEL OF GLOBALISATION:
Chapter 5: A MARXIAN MODEL OF CAPITALIST GLOBALISATION (1): THE WORLD MARKET:
Chapter 6: A MARXIAN MODEL OF CAPITALIST GLOBALISATION (2): THE DIALECTIC OF STATE AND WORLD MARKET       :
Chapter 7: A MARXIAN MODEL OF CAPITALIST GLOBALISATION (3): ‘THE INTERNATIONAL FINANCIAL ARCHITECTURE’:
Chapter 8: A MARXIAN MODEL OF SOCIALIST GLOBALISATION:
Bibliography:
By Marx. Dialectical Studies at October 27, 2010 No comments: