I. I. Rubin 1927 Abstract Labour and Value in Marx’s System 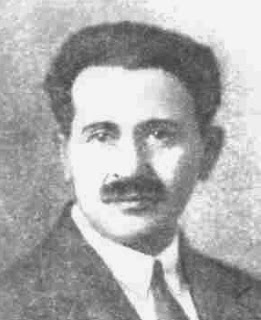 We moved from physiologically equal labour to socially equated labour, and from socially equated to abstract universal labour. We enriched our definition of labour by new characteristics in the three stages of our investigation and only when we moved on to the third stage and defined labour as abstract universal, from which the category of value must necessarily follow, was it possible for us to move from labour to value.
We could define abstract labour approximately as follows:

“The equalisation of the most different kinds of labour can be the result only of an abstraction from their inequalities, or of reducing them to their common denominator viz. expenditure of human labour power or human labour in the abstract” (cf. Kapital p.87).
In the French edition Marx replaces the full stop at the end of this sentence with a comma and adds “... and only exchange produces this reduction, by bringing the products of the most diverse kinds of labour into relation with each other on an equal footing” (Le Capital I p.70).
This insertion is highly indicative and shows clearly how far removed Marx was from the physiological conception of abstract labour. How can we reconcile these observations by Marx, of which there are dozens, with the basic thesis that value is created in production?
This should not be too difficult. The point is that the comrades who discussed the problem of the relationship between exchange and production did not in my view distinguish sufficiently clearly between the two concepts of exchange. We have to distinguish exchange as social form of the reproduction process from exchange as a particular phase of this reproduction process, which alternates with the phase of direct production.
At first glance, exchange seems to be a separate phase in the process of reproduction. We can see that a process first takes place in direct production and is then followed by the phase of exchange. Here, exchange is separate from production, and counterposed to it. But exchange is not only a separate phase in the process of reproduction, it stamps the whole process of reproduction with its specific mark and represents a particular social form of the social process of production. Production based on private exchange: Marx frequently characterised commodity production with these words.
To make this point clearer, I will quote Marx’s words from the third volume of the ‘Theories of Surplus Value’ that “Exchange of products as commodities is a method of exchanging labour, [it demonstrates] the dependence of the labour of each upon the labour of the others, [and corresponds to] a certain mode of social labour or social production” (Theories of Surplus Value vol. 3 p.129). Here too we find a statement which explains why Marx regarded exchange as a social form of labour:

“But the different kinds of individual labour represented in these particular use-values, in fact, become labour in general, and in this way social labour, only by actually being exchanged for one another in quantities which are proportional to the labour-time contained in them” (Critique p.45).
Elsewhere Marx writes:

“A given commodity, e.g. a quarter of wheat is exchanged for 20 pounds blacking, 1.5m silk or 1/2 oz gold etc; in short for other commodities in the most different proportions. But the exchange value of the quarter of wheat remains unchanged, and is expressed only in the blacking, the silk and the gold. Consequently the exchange-value must contain something distinguishable from these phenomenal forms.” (Capital I p.37).
Marx worked on this paragraph with care and gave different variations in various editions. We quoted the passage in the Russian translation of the German edition which was edited by K. Kautsky. We can follow the reasoning even more clearly in the second edition of ‘Capital’, where the end of this passage reads:

“The essential point to keep in mind about the opposition of form and content is that the content is not formless, but has the form in its own self, quite as much as the form is external to it. There is thus a doubling of form. At one time it is reflected into itself; and then is identical with the content. At another time it is not reflected into itself, and then is the external existence, which does not at all effect the content.” (Hegel’s Logic, Clarendon Press, Oxford 1975 p.189)
I think the distinction Marx made between the form of value, which is included in value itself, and exchange value, which represents something ‘external’, ‘undetermined’ in relation to value, bears some similarity with the doubling of form which we find in Hegel.
I now come to the last part of my lecture which concerns the question of the content or the substance of value. All Marxists agree that labour constitutes the content of value, but the problem lies in determining what kind of labour we are speaking of. The previous part of the lecture should have convinced us as to the variety of different concepts which can be concealed in the word ‘labour’. What kind of labour therefore constitutes the content of value? Most readers will have taken me to mean that by the content of value I understand labour in its material technical form. I admit that this interpretation is justified since approximately these formulations may be found in my book ‘Essays on the Theory of Value’. Nevertheless I must recall that in my book, in the one chapter on the content and form of value, one can find not one, but three formulations which could show that by the content of value I did not mean labour which is studied exclusively from its material technical aspect (3). There I wrote

“Labour as the substance of value is not seen by Marx as a determined quantity of labour, but as something ‘independent and absolute’, as something accumulated in the product and materially objectified. This labour is examined from the standpoint of the process of division of social labour among the individual branches of production and taken as part of the total social labour in its relation to the latter, as to the whole.”
Elsewhere I quoted Marx’s words on value as “form, in which the proportional division of labour is expressed.” Lastly, the final conclusion of the chapter reads:

1. A whole paragraph is devoted to the substance of value, beginning with the words: “Hence, when we bring the products of our labour into relation with each other as values, it is not because we see in these articles the material receptacles of homogenous human labour.” (p.74). The following paragraph is devoted to the magnitude of value, and the next to the form of value.
2. This refers to an article by I. Daschkowski “Abstraktuy trudi eknonomitscheskije kategorii Marksa” (“Abstract Labour and Economic Categories in Marx”) in Pod Znamenem Marksizma 6, Moscow 1926.
3. These passages were apparently omitted from the German edition of “Studien zur Marxschen Wertheorie,” and cannot be traced in the English edition.