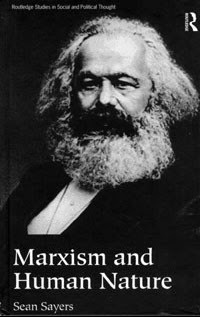 Marxism and Human Nature.  London and New York: Routledge, 1998; paperback edition 2007.
"Sayers's book is an articulate, sophisticated and clear
discussion of human nature as a historical phenomenon. It
is beautifully written and has insights into a rich range of
topics from the role of work in contemporary society to
the ambivalent nature of social progress. Anyone
interested in sociology, politics and philosophy of our
society will find this book thought-provoking and
fruitful."
Professor David McLellan, University of Kent
Is there such a thing as human nature? In Marxism and
Human Nature, Sean Sayers defends the controversial
theory that human nature is in fact an historical
phenomenon. Those who disagree with this theory counter
that it leads to forms of scepticism and relativism which
are at odds with morality; Sayers reveals that this need not
be the case. Drawing on the work of Marx and Hegel, he
develops a historical account of human needs and powers
which provides the basis for a distinctive form of Marxist humanism. According to this
view, human beings are not merely passive individual consumers: they are active, social
and productive beings. The first half of the book explores the essential role work plays in
our lives and how it contributes to our fulfilment. The moral and social implications of
these ideas are analysed in the second half in the context of current work by both analytic
and postmodernist thinkers. Marxism and Human Nature gives an ambitious and wide
ranging defence of the Marxist and Hegelian historical approach. In the process, the book
engages with a wide range of work at the heart of the contemporary debate in social and
moral philosophy. Clearly and engagingly written, Marxism and Human Nature will
illuminate the debate for anyone engaged in politics or philosophy. It will of course be
especially relevant for researchers studying Marx, Hegel or Gorz.
By Marx. Dialectical Studies at December 29, 2010 No comments: 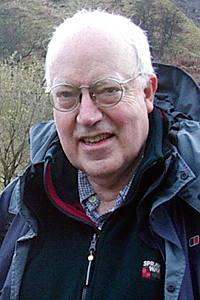 
http://www.kent.ac.uk/secl/philosophy/articles/sayers/marxistphilosophy.pdf
By Marx. Dialectical Studies at December 29, 2010 No comments: