In the OPE list, we are having an interesting debate about the translation of "Verwertung" as "valorisation" given by Fawkes. This is my latest post, I think can be useful


Some further comments after a few researches.

As for the German.

As for French and English “historical” translation.
I have shown in a previous email, how the French translation does not have a real translation of Verwertung: many times it is just cut out and then it is translated in very different ways. I paste the quotations provided there:

The entire passage of chapter 4, in which the word is introduced and
repeated several times, is simply *cut off*.
In the same chapter we have "la plus -value qu’enfante la valeur".
Later, in the same chapter another fantastic German sentence is cut off
again: "Denn die Bewegung, worin er Mehrwert zusetzt, ist seine eigne
Bewegung, seine Verwertung also Selbstverwertung".
Later in same chapter it is rendered with: "son procédé de génération
spontanée", next chapter "un accroissement des valeurs"
In chapter 7 it is either cut, or f.i. transformed: "pour être exploitée
dans la sphère de la production" instead of "Verwertungsprozess".
Other cut and then "production de plus-value". Later "travail créateur de
plus-value". I won't not check them all, but on the one hand it seems we
have just cuts, on the other different translations for different passages.
Roy had also a problem with "Prozess", which was not a French word in the
scientific meaning.

The point is that the category has disappeared. IMO, this is a gigantic problem and it is shocking (to me) to realize that French readers of Capital, who could not read German, for about a century have not known that “Verwertung” is one of the central concepts of Capital.
I've checked that “valorisation” was not a French word either; it was introduced in 1907 and it is likely that the origin was the same as in English (Brazil, coffee, etc.)

As for the English (Engels edition), we have something similar. Fortunately we don't have cuts as in the French. But, it is not true that “creation of surplus-value” is THE translation. This is one of several. I've not checked all of them, but here it is the list of what one can find in chapters 1-9 (page numbers from the MEGA2 II/9):

So, also in this English translation the category has disappeared. This is to me the same shock as for the French one.

Given that, I don't want to say that “valorisation” is the best solution to render “Verwertung”. I think however that we need one word, or better one category. Since (i) “Verwertung” was almost a neologism, (ii) the particular usage of this term was new, and (iii) it is a mechanical transformation of a noun by adding prefix/suffix, then I think it makes sense to have a neologism in other languages, which follows the same pattern (standard grammatical alteration of a starting noun).
I know that this is more difficult in English, because the original Latin “valor” has become “value”. IMO it is anyway better than skipping the category.
By mds at September 25, 2011 No comments: 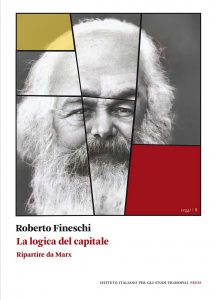